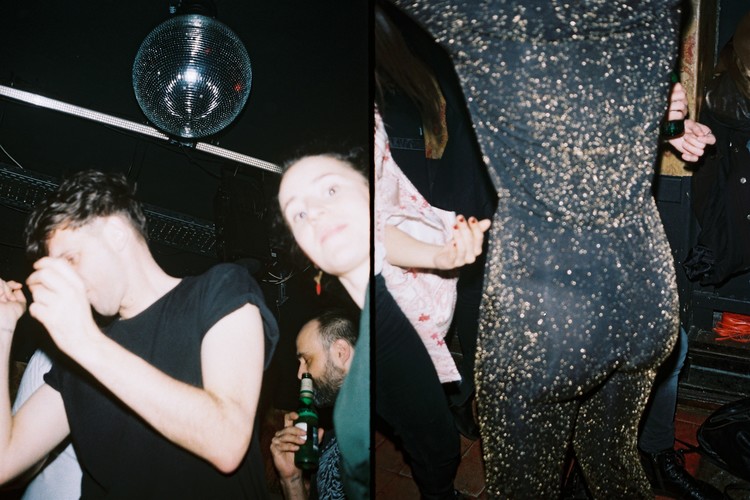 It’s no doubt that we are graced with one of the best nightlife scenes in the world here in Berlin.
With clubs like Berghain, Kater Blau and Sisyphus being regular features on visitor’s must do lists, whilst also attracting a strong local following, it’s no secret that we like to dance.

The word on the lips of many club goers is techno, which used to be clear by scrolling through Resident Advisor weekly listings.

Together, Maryama Luccioni and Romain Azzaro, long time friends and collaborators in all things music, realised that Berlin needed something fresh to shake up the underground music scene, something entirely different.
The answer: AFRICAN ACID IS THE FUTURE.

Maryama describes AAITF as:
“From afro to techno and a lot more in between …Because Africa is mother of beat and beat is tempo.
May your hearts beat on our tempo and steps groove with our flow.
On a acid trip around afro rhythms, travelling from Nigeria, Ethiopia Congo, cruising over electronic sounds, cosmic and psychedelic vibrations.” That’s something we could get behind and that’s exactly what thousands of fans did. After launching a residency at Loftus Hall back in December 2015 they immediately had a two hour queue outside, and Luccioni’s phone was buzzing with interest from LA to Paris without a single bit of press.

African Acid is the Future will be providing the sound track to our Spree-side opening street food party this Friday May 20th.
Bring your dancing shoes and werk up an apetite!